Synopsis: From the back cover: “Aspects of the Táin attempts to bring together for the modern reader an account of the historical development of the tale, how it succeeds or fails as literature, and to what extent it is a window on the Iron Age”.” 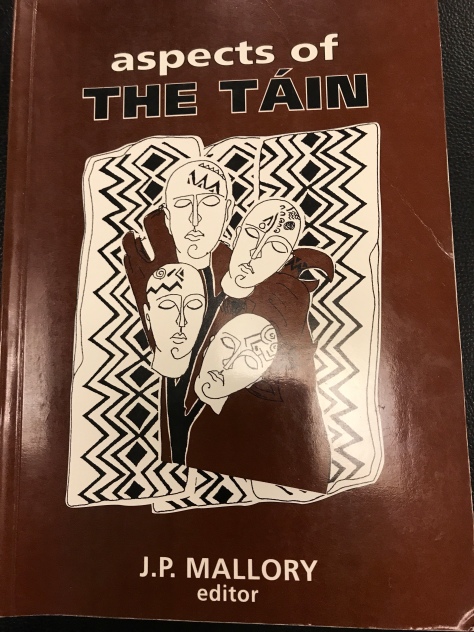 Review: This is one of those must read books that you should read along side The Táin. It starts with an outline of the story in the Táin by the editor J.P. Mallory and then it has 3 very informative essays.

The first essay is by Ruairí Ó hUiginn and it talks about the background to the Táin as well as all the things that influenced it, the different recensions, its age and so on.

Patricia Kelly’s essay talks about the themes, characters and elements in the Táin. It also talks about its literary impact.

The final essay is by J.P. Mallory and it is about how different people tried to put the tales in chronological order and look for archaeology to support it.

This was a short book but it was an interesting one. You can see all the different views that people had while studying the Táin and how their views were sometimes opposite to one another.