Full Title: Blood of the Celts – The New Ancestral Story

Synopsis: Blood of the Celts brings together genetic, archaeological, and linguistic evidence to address the often-debated question: who were the Celts? What peoples or cultural identities should that term describe? And did they in fact inhabit the British Isles before the Romans arrived? Author Jean Manco challenges existing accounts of the origins of the Celts, providing a new analysis that draws on the latest discoveries as well as ancient history.

In a novel approach, the book opens with a discussion of early medieval Irish and British texts, allowing the Celts to speak in their own words and voices. It then traces their story back in time into prehistory to their deepest origins and their ancestors, before bringing the narrative forward to the present day. Each chapter also has a useful summary in bullet points to aid the reader and highlight the key facts in the story. 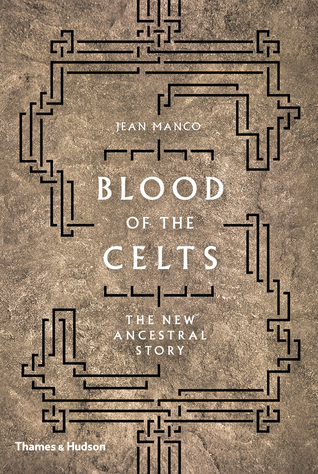 Review: I honestly don’t know if I should be reviewing this book or not. By the end of it I was just skimming the chapters than reading the round up of important points at the end of each chapter.

I will say that the book has an extensive Endnotes section and a very long bibliography which is a good way to get more information of books to read. I also think that the author really tried. They did try to add in the latest research linguistically, archaeologically (like the Tartessian language and the Celtic from the West hypothesis) , and genetically, though I feel like the genetic part was sort of added in at a later date and honestly, their conclusion in the Introduction to the book really negated any need for that part of the book.  “As we shall see, there are three main components to the modern European gene pool. They came from ancient hunter-gatherers, early farmers and a Copper Age people. The modern Irish have a mixture of all three, as do the modern Germans and Italians. Any genetic differences are far too subtle to talk in terms of a Celtic race.” (p.9)

I felt like the author sometimes jumped to conclusions without really explaining their train of thought and the whole book felt at times like a compilation of what other disciplines said about parts of European pre-history without any real tie into to how that effected the Celtic culture.